We Love Where We Live 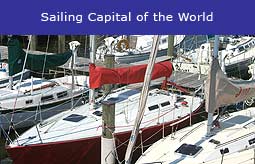 A historic seaport town located on the shores of the Chesapeake Bay and the Severn River, Annapolis conveniently sits equidistant from Washington, DC and Baltimore. Home to over 90,000 residents in Annapolis and the surrounding areas, it is also a sought out vacation destination for U.S. as well as international travelers. Once the capital of the United States in the late 1700s, Annapolis is the state capital of Maryland and is situated in the heart of Anne Arundel County. 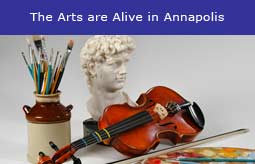 Annapolis is overflowing with history, welcomes erudite and eclectic residents and visitors, treasures "old salts" and is graced with many close knit neighborhoods - all within a maritime community. From galleries, local shops, diverse cafes and live entertainment, the city relishes and celebrates times gone by, as evident during a pleasant stroll down Main Street or while meandering through one of its many museums and historic sites. Nicely speckled with small local boutiques and restaurants, Annapolis also boasts a recently expanded mall, providing access to just about anything today’s shopper desires. 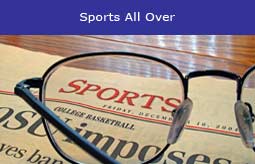 Annapolis is also a quiet college town as the home of St John’s College and the United States Naval Academy. Both historic gems bring a unique flavor to our town. St. John’s College (the third oldest institution of higher learning in the United States), a private liberal arts college, is known for a curriculum which is based on the "Great Books" of Western Civilization. Just across King George Street is the United States Naval Academy, founded in 1845. The 4,000-member Brigade of Midshipmen pursues a rigorous academic program and undergoes intense physical training in preparation for their commissioning at the completion of their four year academic endeavor.

For a more detailed look at Annapolis "by the numbers", see an Annapolis MD community overview, including data on: population, climate, education, employment, crime, and much more.

No account? Sign up now to save searches, listings, and get tailored listing notifications. It's free, opt-out anytime.